The history of 2 Atholl Place 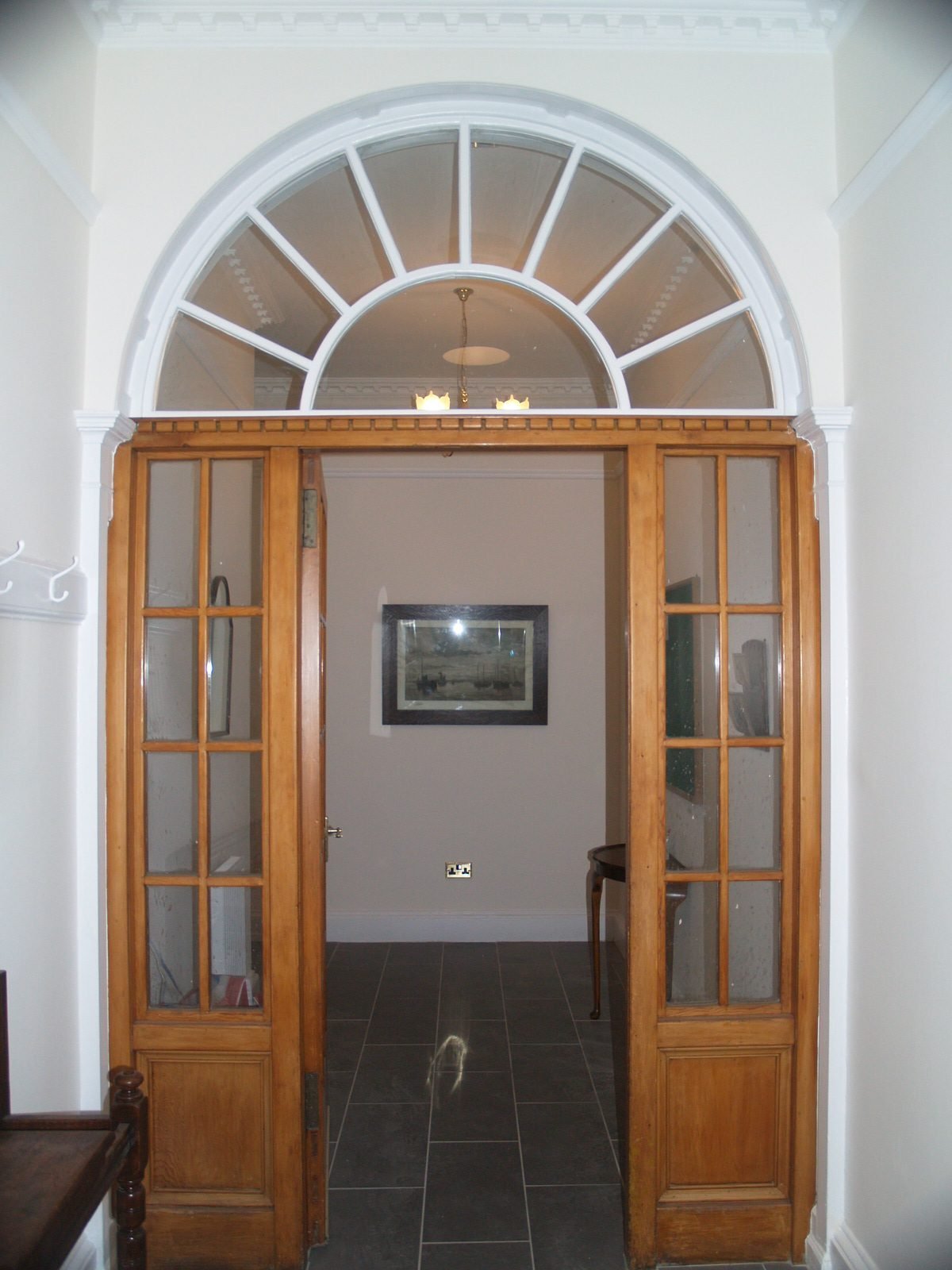 Construction of Atholl Place was begun in 1797 and completed in 1800. It is built on the site of the old Blackfriars Monastery by Henry Hepburn, a local builder.  At that time, the terrace was known as Athole Place and the houses were designed specifically for doctors, the idea being that their consulting rooms would be on the lower floors and they and their families would live upstairs.  Athole Place was Perth’s equivalent of London’s Harley Street.

The Blackfriars Monastery was founded in 1231 by King Alexander the second and the name “Blackfriars” remains prominent in Perth today (the road behind Atholl Place is Blackfriars Wynd).

The Hepburn family lived in Bridgend and owned property in the area, including Tayside House. Henry Hepburn was married to Jean Forrester and died in 1832 aged 70.   His son Ninian was a merchant and died in 1849 aged 68 and another son, David, was a writer in Perth. Ninian Hepburn’s daughter, Eliza, was the second wife of the Reverend Dr John Newlands who was minister of the United Presbyterian Wilson Church in Perth until his death in 1861.

The first owner that we can find a record of was Dr John Stewart and his wife Diana.

There is some reference to Dr Stewart being descended from Scottish royalty although the facts are not clear and we suspect that any relationship he had to the royal family was quite distant.  Dr Stewart’s son, also John and also a surgeon, was educated at Perth Academy and emigrated to Canada (then British North America) in 1834.  He settled in Kingston, Ontario and apparently was highly regarded for his work during the typhoid epidemic of 1847.  He also founded a semi-weekly newspaper, the Argus, is 1846 and was faculty secretary and professor of anatomy and physiology at Queen’s College.  Unfortunately his later years were less successful, being defeated in twice when putting himself up for election as mayor and gaining a reputation for commencing numerous legal actions, often without the benefit of legal counsel.

The Stewarts sold the property to Dr Francis White and in 1840 Dr Francis Isaiah White bought the property.  Dr White came to Perth from England in 1840, becoming at first the medical officer of the county jail.  He was also partly responsible for the conception of Perth’s St Ninian’s Cathedral.  A committee established in 1847 to develop the plan consisted of five clergy and eight lay members, of which Dr White was the only local resident.  Meetings of the committee took place at 2 Atholl Place.

In 1899, the property was sold to Dr Edward Ley Paton.  Dr Paton lost two sons in the First World War; James, a second lieutenant in the Black Watch was killed on 13 October 1915 and Edward, a second lieutenant in the Machine Gun Corps was killed on 3 May 1917.  Their Paton Memorial Window can be seen in St John’s Kirk in Perth.  It is situated in the north aisle of the choir and is on the east wall of the church and was unveiled in 1930.

The Paton Family had (at least) three other sons; Dr Edward Robert Ley Paton (an army doctor based in Gibraltar), George Dickson Paton (who lived in Bexhill-on-Sea) and Dr Ronald Stewart Paton who appears to have stayed and practiced at the property as a clinical pathologist until 1958.  Interestingly, whilst Dr Paton lived at 2 Atholl Place, two of the other houses in the terrace were still also occupied by medical practitioners, number 1 and number 4.

There was also an advertising board (we are not sure where) from which rent of £2 per annum was earned.

After initially living on the ground floor and basement, the McKillops moved to the flat on the first and second floors and Mr McKillop had his architect’s business on the lower floors.  What is now the smaller bedroom on that floor and the store room were opened out into one room to create a dining kitchen.  Latterly, the lower floors were let out to various businesses, with almost every room being a separate office and what is now the pool room being an artist’s studio.

Sadly the building fell into disrepair and was almost derelict when we acquired it in June 2011.  A category “B” listed building, at that time it was recorded on the Buildings at Risk register and had been unoccupied since November 2008.  Work started in June 2012 to completely renovate the building and restore it to an original single house.  Our main objective was to restore and repair the original traditional features of the building whilst at the same time bringing the house up to a modern standard of living.

During the works, the entire house was re-wired and re-plumbed, many of the walls were re-plastered and several ceilings that had previously been lowered were restored to their original height, exposing the old cornices.  We took down two walls, one in the basement to create the kitchen and dining room and one on the first floor to create the walk in dressing room and en-suite bathroom for the master bedroom.  We also restored the wall between the second bedroom on the first floor and the store room.